My family and I just got back from a long-ish driving trip through the south, down to Florida and back. It wasn't really a holiday from writing -- I was actually outlining a new project throughout the trip -- but it was a great break just the same. We went to Orlando and visited the Universal theme parks, rode the rides and ate some good food, and I got a few pictures that sort of typify the things that excite the middle aged geek in me.

One of them was this ugly customer, a rather incredible propeller-driven mechanical shark at Universal Studios. They took out the Jaws ride not long ago, which was devastating to me since I grew up riding it, but this was pretty cool. 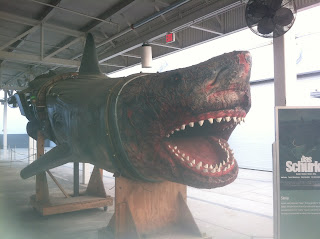 Here's a shot of that bad boy from the back so you can see his propeller. 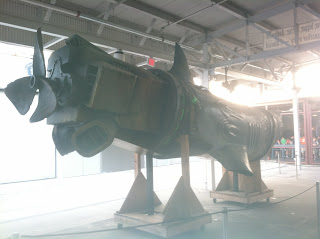 Along the way to where the Jaws ride used to be, they had rows of old Universal one-sheets for great 70s and 80s posters, including this one, which I always will identify with Universal Studios tours in the '70s. 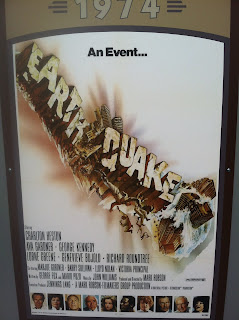 The coolest thing about Earthquake, besides that Universal Studios in California turned it into a ride, is that it was written by Mario Puzo, the creator of The Godfather. I love this. Turns out that, in the world of writers, Puzo was a total 70s Hollywood rock star/whore who made a ton of money writing screenplays out there, even before they backed the money truck up to his door to write the first Superman movie. Go, Mario!

Speaking of writers in Hollywood, Universal Orlando wins the big award for designing a full-scale recreation of the Garden of Allah Villas as part of their theme park. This is the real-life Hollywood location (now long gone) where one of my favorite writers of all time, F. Scott Fitzgerald, wrote screenplays for MGM and pickled himself in studio-funded gin-binges while he sent money back east to pay for his wife Zelda's care in the mental hospital where she would eventually die in a fire. Cheerful stuff, right? 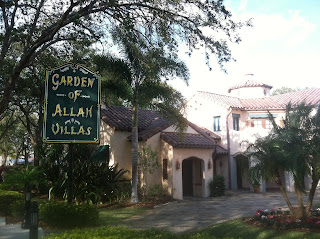 And, speaking of Scott and Zelda (see how I did the segue thing there?), our last stop on the way back up north was Asheville, North Carolina, home of the incredible Grove Park Inn, where Fitzgerald stayed in the summer of 1935, writing essays and short stories while Zelda stayed at the (also now long gone) Highland Mental Hospital. This is the Inn today -- it's gorgeous. 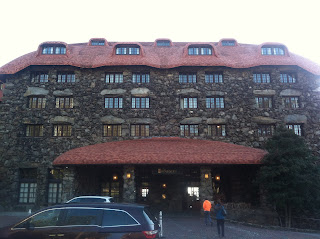 No trip through Asheville would complete without a stop at its most famous attraction, the Biltmore Estates. Constructed in 1896 by George Vanderbilt, the estates may be most familiar to you from their appearance in the movies...including its use as Mason Verger's estate in HANNIBAL. 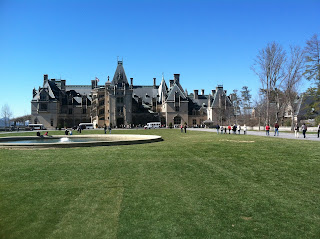 All in all it was a great trip. Like I said, I got some writing done along the way, and my wife and I got to watch the Oscars in our hotel room at the Biltmore Inn. Now I'm back home and getting to work on some serious writing...

Oh, and by the way, lest you think that I've neglected the self-promotion aspect of this post, Star Wars: Red Harvest comes out today in mass market paperback with new cover art. Check it out if you haven't already... 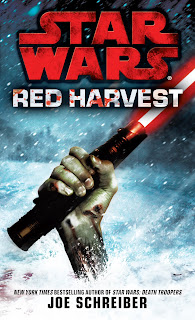